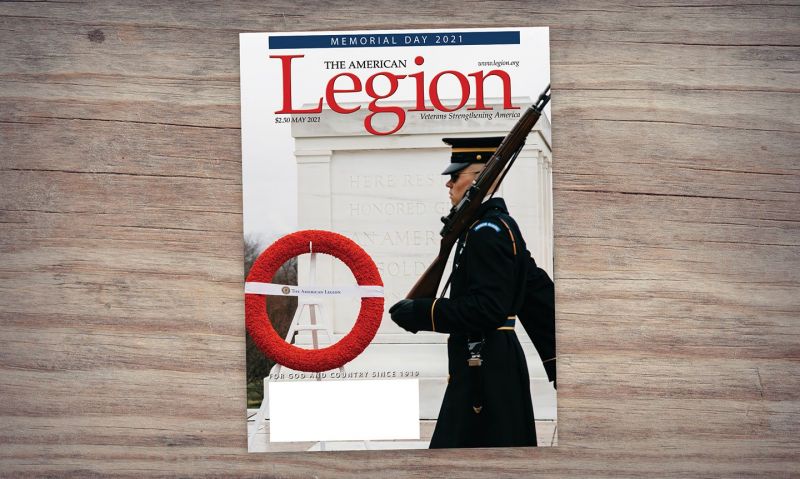 Don’t miss the May 2021 American Legion Magazine digital edition, which includes articles on a project to collect photos for every American soldier buried at Margraten, the 100th anniversary of the Tomb of the Unknown Soldier and more. The clickable digi-mag is available through MyLegion.org.

• Volunteer researchers have located more than 8,000 photos of the 10,023 U.S. servicemembers buried or memorialized at the Netherlands American Cemetery – and in the process, they’re renewing ties between the Dutch people and the families of their American liberators. Plus, get to know members of the Legion’s only post in the Netherlands, Margraten Post NL01.

• In a Q&A with retired Army Master Sgt. Gavin McIlvenna, the former Tomb of the Unknown Soldier sentinel talks plans for the tomb’s centennial, myths about tomb guards and The American Legion’s place in the tomb’s history.

• Racing legends Jimmie Johnson and Tony Kanaan take the wheel of the American Legion-branded No. 48 car in the NTT INDYCAR Series. Download and print the 2021 race schedule here.

• National Commander James W. “Bill” Oxford calls for an end to the “Forever War,” saying it’s time to elevate development and diplomacy. “We understand the value of alliances and certainly favor the elimination of imminent threats,” he writes. “But imminent is not the same as permanent.”

• Get a by-the-numbers look at The American Legion’s 100 Miles for Hope challenge. It’s not too late to sign up via Kilter or through Emblem Sales. All proceeds from registrations, purchases of 100 Miles gear and fundraising donations benefit the Legion's Veterans & Children Foundation.

• Baseball Hall of Famer Rollie Fingers shares memories of the day in 1965 when he received the American Legion Player of the Year Award.