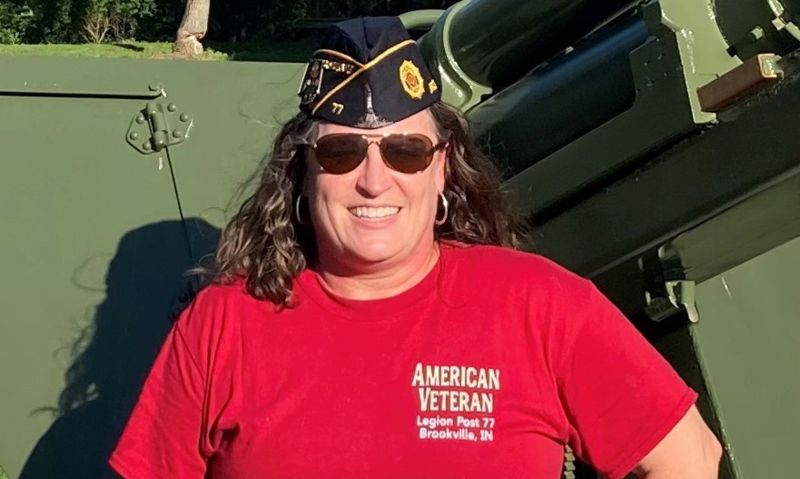 For the past three years, American Legion members have been conducting Buddy Checks by calling fellow Legionnaires and veterans in the community to make sure their needs are met. Buddy Checks proved critically important during the COVID-19 pandemic to assist isolated veterans and their families with groceries, rides to health care appointments, and more. The check-ins let veterans know that someone cares.

In one afternoon, Bridget Hayes called her Buddy Check list of 33 members of Bernard Hurst American Legion Post 77 in Brookville, Ind. She spoke with several of them and even learned that two post members had passed away. For post members Hayes didn’t reach, she left a voicemail or sent an email.

“I am pretty new to the Legion, so I didn’t really know what I was going to say to these longtime members for the Buddy Check,” said Hayes, who joined Post 77 in 2019 upon retiring from the Army. “After I said hello and my name, it was pretty easy. I just told them that I was checking on them to see if they needed anything from the Legion, and that seemed to be good enough. Most just updated me on what they were doing, and others talked a bit more, especially about medical issues. I had many nice little chats.”

Hayes said that a wife of a post member called her back and asked to borrow a wheelchair from Post 77 so her husband could attend their grandson’s graduation. “She was very thankful that we called to begin with, and I was happy we could help her. I think it’s a great idea to check on our members, it seemed to make them feel good and gave me a nice feeling too.”

Hayes served more than 28 years in the U.S. Army, and now serves as the adjutant of Post 77. After retiring from the Army, “It’s been a struggle to find my way in this new civilian world and the Legion has helped because it makes me feel like I belong somewhere,” she said. “The Buddy Checks let me remember my leadership skills that I used to use every day in the Army.  I also think it makes our post stronger because getting in touch with our members lets them know they are not alone.”

Download The American Legion’s Buddy Check toolkit for steps on how to conduct a successful Buddy Check program, sample scripts and more.