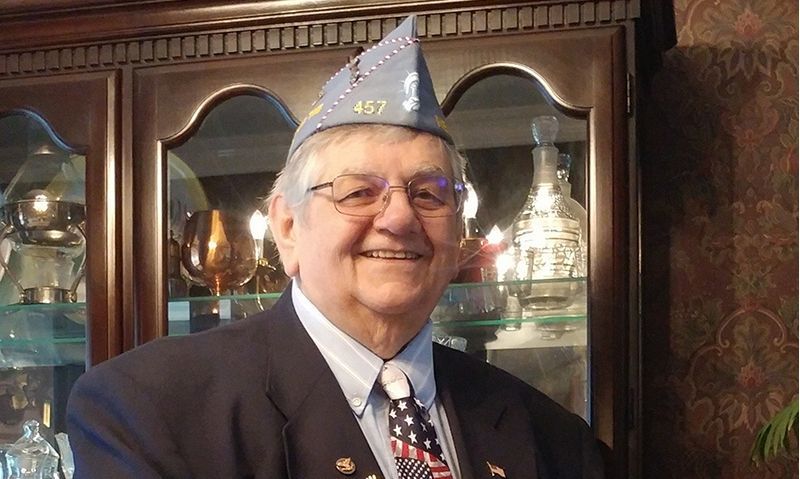 The Sons of The American Legion representative on the VA Voluntary Service National Advisory Council (VAVS NAC) has been selected as the council’s 2021 Male Volunteer of the Year.

Gabe Cinquegrana of the Detachment of New York has served on the NAC since 2019. He has also been the VAVS representative to the Canandaigua VA Medical Center since 2013 after beginning to volunteer there in 2012.

In his letter of support for Cinquegrana’s nomination, District 7 Detachment of New York Commander James Daly wrote, “Gabe has been a champion for insuring that a contingent of our members accompany him to the VA every Christmas morning to escort those wheelchair bound to their religious service. … He has been instrumental in organizing and coordinating events that not only bring Veterans to us, but help us raise the resources to help those in need.”

Robin Johnson, voluntary service manager at Canandaigua VAMC, noted that Cinquegrana continued to volunteer through the pandemic, with approval of the medical center director.

“While he could not participate in the many face to face Veteran activities he often took part in, his presence in the Office helped me to keep pace with our responsibilities, and he took on roles in the Office which I could not have done without him,” Johnson wrote. “With Gabe’s help we never lost a beat in processing donations and keeping communications current, and he personally coordinated the delivery and equitable distribution of almost 3,000 meals from the Community for our essential Staff.”

Among his other volunteer efforts, Cinquegrana—a member of Squadron 457 in Phelps, N.Y.—organized a walkathon at the local and state levels with the SAL, American Legion Auxiliary, and American Legion Riders that raised $27,000. The funds were donated equally to the 18 VAMCs and state veteran homes in New York.

Cinquegrana will be honored during the 75th VAVS NAC Meeting and Conference, which will be held virtually May 26-28. For more information and to register, click here.

Save
Tags: Sons of the Legion